Start a Wiki
watch 01:27
The Loop (Movies)
Do you like this video?
Apple is an electronic products company in the Cars world. It is based on the
Wikipedia has an article related to:
Apple, Inc.

actual electronics company of the same name. It sponsors Mac iCar, J.P. Drive and one other racer.

Though not much information regarding its products has been revealed, a reference to it is made in Cars 2, when Mater says that his line of work is towing and salvage. Finn McMissile replies by saying "And Ms. Shiftwell's is designing iPhone apps".

In the 2016 Piston Cup season, another racer replaces Mac iCar some time before the season. Regardless, he gets replaced by a next-generation racer named J.P. Drive mid-way through the season. Additionally, Lightning McQueen's computer inside Mack's trailer resembles an iMac, as it has black framing around its screen. 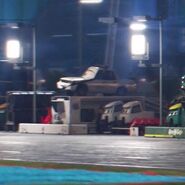 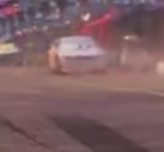 Retrieved from "https://worldofcarsdrivein.fandom.com/wiki/Apple,_Inc.?oldid=136661"
Community content is available under CC-BY-SA unless otherwise noted.