It appeared in The World of Cars Online video game as a 3rd professional Piston Cup race track availed to the players having a sponsorship. After reaching 380 000 race points players were awarded the Backfire Canyon Speedway Trophy. It was said that during the race cars could have gotten smashed against rocks by super-hot blasts of volcanic gas.

It was added to the game in the February 2011 and stayed until its shutdown in 2012. 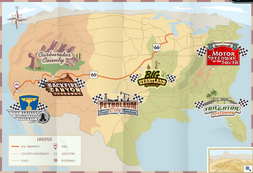 Location of the Backfire Canyon Speedway on the map of the United States. 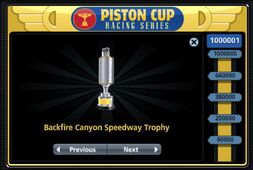 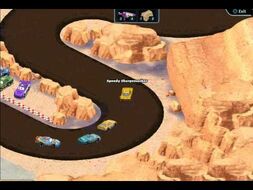