Disney Infinity 2.0 is a video game featuring characters from the Cars series, and the direct sequel to Disney Infinity. The new version will include Marvel Super Heroes such as Captain America and Iron Man.

The starter pack will include a game disc, the Disney Infinity base, figures of Iron Man, Thor, and Black Widow, two power discs, and a Avengers Play Set piece.

The game will control much like the original, with the same idea of various different Disney characters running around in a world of toys. Elements such as play sets and toy box adventures will return, as well as all the characters and power discs from the first game.

Instead of unlocking toy box items through the Disney Infinity Vault like in the first game, players can now unlock items by completing certain tasks. 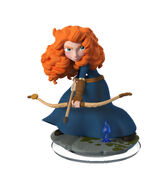 Add a photo to this gallery
Retrieved from "https://worldofcarsdrivein.fandom.com/wiki/Disney_Infinity:_2.0_Edition?oldid=55705"
Community content is available under CC-BY-SA unless otherwise noted.