Flip competes in the 2016 Piston Cup season in Cars 3. He enters the season as a mid-season replacement for the previous Intersection racer, Jimmy Cables. He debuts at the Heartland Motor Speedway, finishing in 26th. He later appears at the Florida 500 starting in 7th place. He finishes the race in 9th place. In the end credits he is seen with Daniel Swervez pranking cruz by inflating her tires. 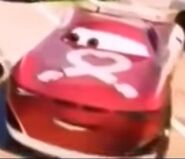 Flip in the Simulator
Add a photo to this gallery

Retrieved from "https://worldofcarsdrivein.fandom.com/wiki/Flip_Dover?oldid=137124"
Community content is available under CC-BY-SA unless otherwise noted.