Franz (Von Fliegenhozen in plane mode) is an Aerocar, and a huge fan of Dusty Crophopper.

Franz is a German Aerocar, and a huge fan of Dusty Crophopper. He is also a friend of Dusty and El Chupacabra, and hangs out with the racing competitors. He seems to change personality and voice pitch when turning into a plane.

Franz has an alter ego when he is in plane mode than in car mode.

His design appears to be based on the 1954 Taylor Aerocar. 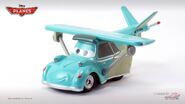 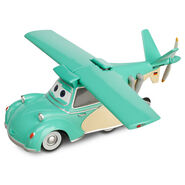 Disney Store in Driving Mode
Add a photo to this gallery

Retrieved from "https://worldofcarsdrivein.fandom.com/wiki/Franz?oldid=150547"
Community content is available under CC-BY-SA unless otherwise noted.