World of Cars Wiki
Register
Don't have an account?
Sign In
Advertisement
in: Racing cars, Rust-eze, Cars 3 Characters,
and 5 more

Gabriel is one of the rookie racers who train at the Rust-eze Racing Center, in hopes of becoming professional racers. He can be easily considered as the "homesick" of all the trainees. He is from the Mexican city Santa Cecilia.

In Cars 3, Gabriel is shown to be a rookie racer being trained by Cruz Ramirez at the Rust-eze Racing Center. When he is feeling homesick while driving on a treadmill with Kurt and Ronald, Cruz cheers him up by showing him his hometown on a TV, telling him to win for them. He is later joined by Lightning McQueen on the treadmills while the latter is also being trained by Cruz. 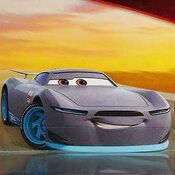 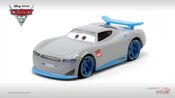