Grem is one of the two tertiary antagonists of Cars 2. He is a member of the Gremlin crime family and one of Professor Zündapp's main henchmen.

Grem is a dented, rusty orange AMC Gremlin. After years of being dismissed for his design, even being called a "lemon," Grem has a big chip on his fender that has led him to the underworld of international espionage. As a henchman for a villainous boss Professor Zündapp, Grem and his partner-in-crime Acer are trying to sabotage the World Grand Prix and the famous race cars competing in it. When Grem and Acer mistake Mater for an American agent with important top-secret information, the ruthless lemons set out on a round-the-globe chase to stop Mater from foiling their evil scheme.

He is at the oil rig in the beginning of Cars 2. Later in Tokyo, he and Acer find the American spy named Rod "Torque" Redline. And together, they damage him pretty badly. He takes the spy back to Professor Z, and stands by watching as the spy explodes after putting Allinol in him and using their weapon to kill him. Later, Grem and Acer chase Mater and Finn McMissile at the airport. They are also seen present at the lemon meeting. Grem and Acer are also the ones who use the weapon during all the races. During the last race, they tease Mater for not being able to save Lightning McQueen as they fire the weapon at him. But fortunately, it doesn't work. He got beaten up by a bunch of British cars at "Ye Left Turn Inn" after he and Acer crash into each other at the end. It is unknown what happened to Grem afterward but he is possibly arrested by the police alongside Acer.

In Cars 2: The Video Game, Grem is an unlockable playable character, available once access to Clearance Level 3 is granted. He is a light weight, and consists of more speed than power.

Grem is painted orange, with black hockey stripes. He has gray mirrors and headlights, as well as a black grille.

His license plate reads WREKD, short for "wrecked". It is the same of Tyler Gremlin's.

Grem was Professor Z's second-in-command, before being beat up in Ye Left Turn Inn and possibly arrested by the police.

Grem knocking out racers in the World Grand Prix 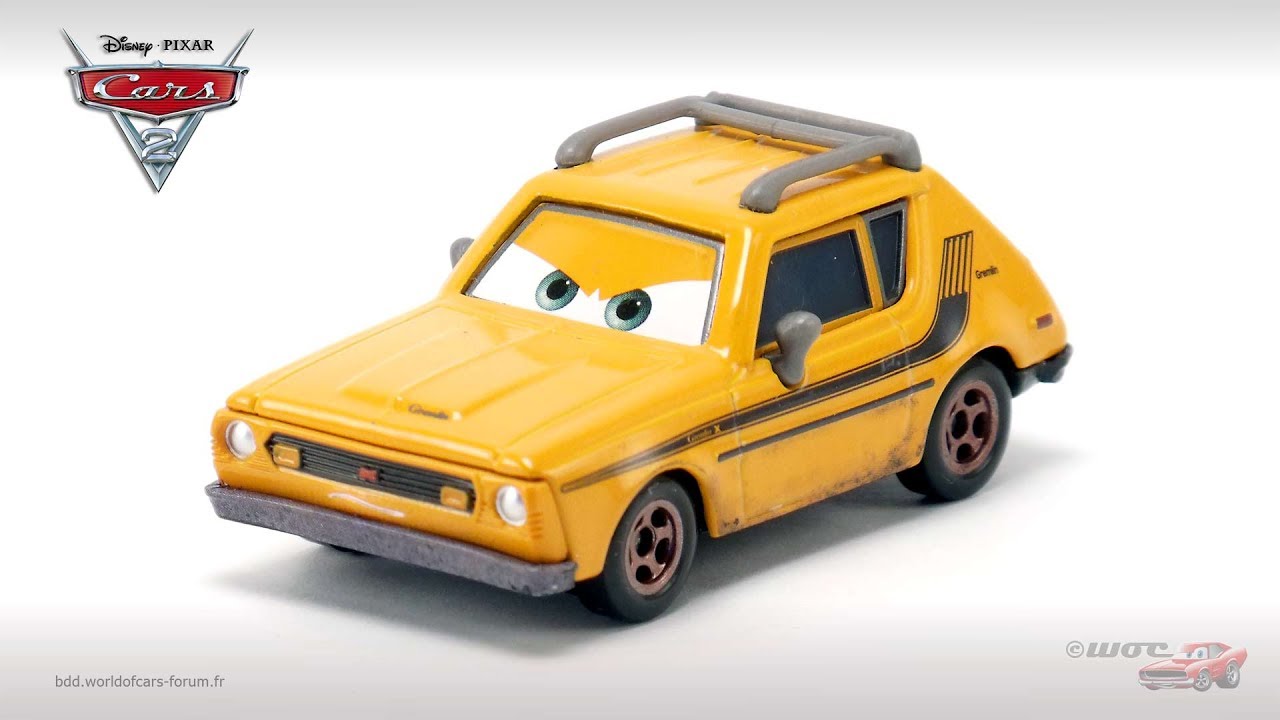 Diecast with a missile 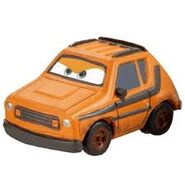 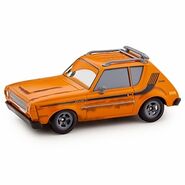 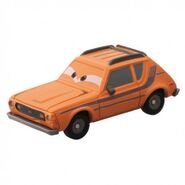 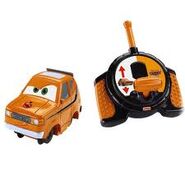 Add a photo to this gallery
Retrieved from "https://worldofcarsdrivein.fandom.com/wiki/Grem?oldid=151796"
Community content is available under CC-BY-SA unless otherwise noted.