"Here I Am" is a song by band The Explosion from 2004 album The Black Tape. Its instrumental version was used in Cars: The Video Game. The likely reason for the song being an instrumental is due to the politically charged, mature lyrics in the album/single version officially released by the band being too much for the E-rated game.

The Explosion - Here I Am
Official video 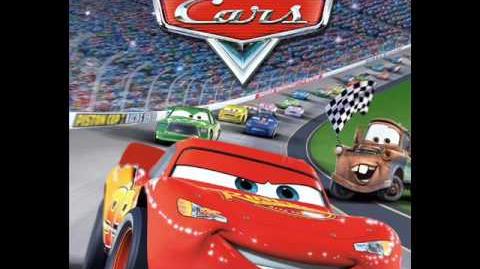 Cars video game - Here I Am
Instrumental version used in Cars: The Video Game
Add a photo to this gallery

Retrieved from "https://worldofcarsdrivein.fandom.com/wiki/Here_I_Am?oldid=156182"
Community content is available under CC-BY-SA unless otherwise noted.