Jan Kowalski is a racing pilot that competed in the air races with the number 15. He is sponsored by Ryan Aviation. He had competed in the Wings Around the Globe rally race competition.

Jan Kowalski had lived in Poland. He is a racing pilot who competed in the air races with number 15 and is sponsored by Ryan Aviation. During the competition he liked to prank fellow competitors together with his mechanic, Żarcik. His pranks included putting a stink bombs to other planes' exhaust systems or attaching banners with "Buzz me!" on them to their tails. Due to that other racers called him Polish Prankster and some of them always keep a sight on him during racers to protect themselves from his pranks.

Jan Kowalski is an aerobatic and racing aircraft with a dark green livery on the top and light green on the bottom. His wings and vertical stabilizers have a white and red checkerboard-like design. On his sides behind his cabin he has the Ryan Aviation logo. His horizontal stabilizer is dark green with a white and red checkerboard-like stripe on it. He has the number 15 on his left wing and horizontal stabilizer. He has brown eyes. 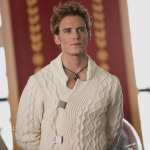 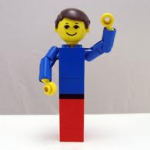