Jeff was seen first in the Tokyo welcome party talking with his friends Lewis Hamilton and Lightning McQueen .After time begins the first race in the World Grand Prix .Tokyo Race .He started in the 5th position and was also last seen in the Tokyo Race at the 5th position.But as well we can see finished Nigel in the 5th Position.In the Porto Corsa race was Jeff seen at the first part in the 7th position.And later in the second part he was seen at the 8th positon.At the last meters to the finishline in the Porto corsa race was Jeff Gorvette along with Lewis Hamilton at the last position.But he must finished the race, because Shu Todoroki`s big crash blocked the track.In the last race in London Jeff was seen folowing Nigel Gearsley from the 6th position to the 5th position. 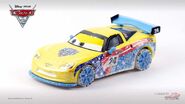 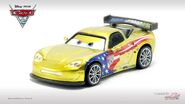 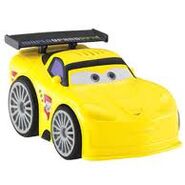 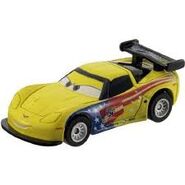 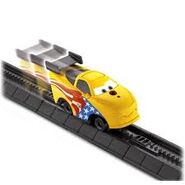 Stunt Racers Jeff Gorvette
Add a photo to this gallery
Retrieved from "https://worldofcarsdrivein.fandom.com/wiki/Jeff_Gorvette?oldid=32908"
Community content is available under CC-BY-SA unless otherwise noted.