Ned and Zed are Ripslinger's henchplanes, who help him try to disqualify Dusty from the Wings Around the Globe competition. They are the secondary antagonists of Planes.

Team Ripslinger’s bombastic racers Ned and Zed specialize in sabotage. Lacking the skills to actually outrace the competition, they simply eliminate it, propelling boss Ripslinger to victory every single time. Zed, a rowdy and reckless flier, and Ned, a strange bird himself, may not be the sharpest props in the hangar, but they have figured out how to draft off Ripslinger’s fame.

Ned and Zed's designs are based on the Extra EA-300 aerobatic planes, but with the cockpit windows in a different shape. Their wingspans are 20.3 feet (6.2 meters).

Both their Skyslycer Mark Five propellers are single two-bladed props.

Despite the disability to actually fly at high speeds, Ned and Zed still compete, but only to eliminate the competition, boosting Ripslinger's chances of winning.

With Ripslinger and a pitty 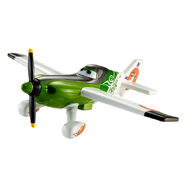 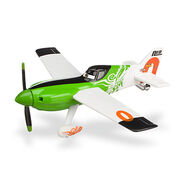 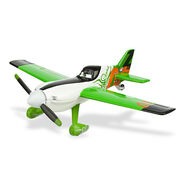 Zed's Disney Store
Add a photo to this gallery
Retrieved from "https://worldofcarsdrivein.fandom.com/wiki/Ned_and_Zed?oldid=50508"
Community content is available under CC-BY-SA unless otherwise noted.