The Piston Cup Racing Series is a racing series championship that has hosted championships for decades, across several generations of racers and champions. The Piston Cup series is known to date back to at least 1951, where the Fabulous Hudson Hornet and others competed in dirt tracks. In modern times, however, racers compete in large stadiums, with carefully maintained race tracks and immense space for spectators.

The 1951, 1952, and 1953 Piston Cup seasons were won by the Fabulous Hudson Hornet, during his prime. Hudson acquired three Piston Cup trophies, despite his philosophy that they are "just empty cups".

Hudson's prime ended when he received serious damage from an accident. According to comics it caused by rival racer Sammy "The Studebaker", that wiped him out and won a championship that year, but in Cars 3 shown a part of race, in which he took the lead, lost control and repeatedly rolled. His injuries rendered him unable to compete for the rest of the season. While Doc made a healthy recovery, when he returned wishing to race again, he was shunned in favor of newer and younger race cars, leading him to settle as a doctor in the small town of Radiator Springs, and choosing to hide his past.

Prior to his accident, the Fabulous Hudson Hornet acquired sixteen victories in 1954.

The 2005 season saw seven-time Piston Cup champion Strip Weathers, constant runner-up Chick Hicks, and popular new rookie Lightning McQueen as the leading competitors. The final race of the season, called the Dinoco 400, was held at the Motor Speedway of the South. The three leading racers all had a score of 5,013 points, meaning whichever of the three placed first would take home the Piston Cup and the coveted Dinoco sponsorship.

Towards the start of the race, a large accident was caused by Chick Hicks with the intention of separating himself from the gaining McQueen. The accident involved every racer except for Weathers, Hicks, and McQueen, as the ladder skillfully managed to make his way through the crash without taking any damage. The other racers received damage however, such as Chuck Armstrong, who was taken out of the race by a tow truck.

Lightning, who had learned new abilities from his friends, utilized them during the race, which allowed him to hold up well against his two competitors, eventually taking the lead. Hicks, frustrated with constantly placing behind Weathers, performed a PIT maneuver on him, causing the seven-time champion to spin out of control and take heavy damage. McQueen, noticing similarities between Weathers' and Hudson's accidents, stopped just before the finish line and reversed up to Weathers, and helped him to the finish line, believing the old-timer should finish his last race. Despite being the victor, Hicks was booed for his actions, while McQueen was congratulated for his good sportsmanship.

Weathers' retirement saw the rivalry between Lightning McQueen and Chick Hicks grow larger than ever before, with the media putting an emphasis on it. The 2006 season consisted of five races, taking place at five different stadiums; Palm Mile Speedway, Motor Speedway of the South, Sun Valley International Raceway, Smasherville Speedway, and Los Angeles International Speedway. After losing to McQueen in the first three races, Chick hired the Delinquent Road Hazards to steal Lightning's racing gear from Mack's trailer while he was traveling the Interstate. However, McQueen and Sheriff caught them, and they revealed their alliance with Hicks. At Smasherville Speedway, McQueen confronted Hicks, and the two agreed to have a four-race event, with races in Radiator Springs, Tailfin Pass, and Ornament Valley, followed by the final race at the Los Angeles International Speedway.

The event was covered by Darrell Cartrip and the Racing Sports Network, and broadcasted live on television. Lightning won the three events in Carburetor County, and proceeded to defeat Hicks and win the Piston Cup trophy at the Los Angeles International Speedway. McQueen placed his trophy next to Doc's three Piston Cups on the windowsill of his clinic.

Between 2009 and 2011, the Piston Cup was renamed the Hudson Hornet Piston Cup, in honor of Doc Hudson, who died of unknown causes. McQueen won the Piston Cup series in 2009 and 2010, with the now-veteran race car picking up his fourth victory in 2011. Immediately following the 2011 season, McQueen was invited to compete in the World Grand Prix.

The 2017 season marked the debut of several custom-built next-generation race cars, most notably Jackson Storm. During the season, long-time champion Lightning McQueen was consistently losing to Storm and the other rookies, leading fans to question his ability to hold up against the competition. The problems worsened when McQueen was involved in a crash that forced him out of the sport, similarly to what had happened to the racer's mentor, Doc Hudson. Jackson Storm proceeded to win the season.

Following his accident, McQueen trained with the goal of defeating Storm at the Florida 500. When the race finally came, however, McQueen continued to struggle, and instead chose to send out Cruz Ramirez as the Rust-eze representative and became her crew chief. Using tactics she learned while practicing with Lightning, Ramirez was able to overcome Storm and the other racers, and win the race.

In The World of Cars Online, players could become a Piston Cup champion by competing in a series of races, which were held at Tailgator Speedway, Big Heartland Speedway, Backfire Canyon Speedway, Petroleum City Super Speedway, Motor Speedway of the South, and Los Angeles International Speedway.

A Piston Cup championship consists of various races where the competitors earn points in relation to their placement in the final rankings of the event. At the end of the season, the car with the most points wins the championship, and receives a Piston Cup trophy, as well as sponsorship from Dinoco, a fuel brand closely associated with the Piston Cup series.

Races can vary from 7 to 500 laps. Each competitor has a team of pitties, a crew chief and a hauler, which are sponsored, and may help the racer by giving advice via headsets, and by providing fuel and tire changes during pit stops. 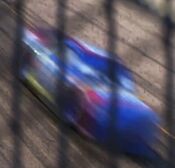 Retrieved from "https://worldofcarsdrivein.fandom.com/wiki/Piston_Cup_Racing_Series?oldid=81096"
Community content is available under CC-BY-SA unless otherwise noted.