Speedy Comet[1] is a professional race car, who competed in the Piston Cup Racing Series, for the Blinkr team. However, once next-generation racers began to garner attention for their unmatched speed and ability, Blinkr fired Speedy and replaced him with Ryan Laney, who was one of the six next-gen rookies after Jackson Storm won the Dinoco 400.

In Cars 3, Speedy competes in the 2016 season, when Jackson Storm makes his debut. Storm's success sparks interest in next-generation models, who are faster and more capable than traditional stock racers. Realizing their superiority in terms of ability, Piston Cup teams start firing their veterans in favor of next-generation rookies, and Speedy becomes one of many who are replaced.

Speedy is really kind but he still takes his racing career seriously. 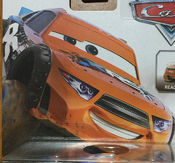 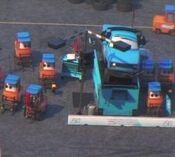 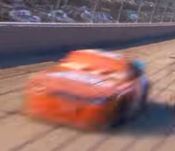