Eric Braker[1] is a next-generation Piston Cup racer. He entered the Piston Cup in the beginning of the 2017 season, replacing Ralph Carlow as the Lil' Torquey Pistons racer.

In Cars 3 Eric makes his debut in the 2017 Piston Cup season at the Florida 500, becoming the Lil' Torquey Pistons racer after Ralph Carlow. He starts at sixteenth place, fourteenth place in the restart after the wreck caused by Cam Spinner, and finishes in fifteenth place. 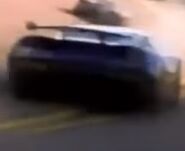 Racing next to McQueen 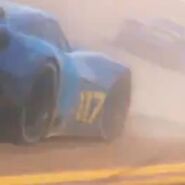 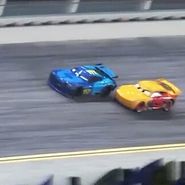 Racing next to Cruz Ramirez 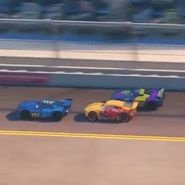 Racing next to Cruz Ramirez and Richie Gunzit 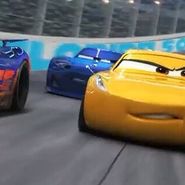 Racing next to Cruz and Barry DePedal 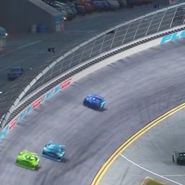 Racing with Chase Racelott and the Next-Gen Spare Mint 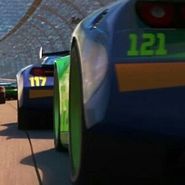 Back view of Eric 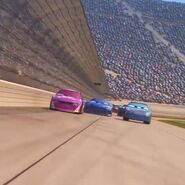 Retrieved from "https://worldofcarsdrivein.fandom.com/wiki/Spikey_Fillups?oldid=124023"
Community content is available under CC-BY-SA unless otherwise noted.