To Protect and Serve

To Protect and Serve

The Radiator Springs 500½
To Protect and Serve is the unreleased sixteenth short in the Cars Toons series, and the fifth in the Tales from Radiator Springs sub-series. While Pixar stated that it would air sometime in 2015,[1] the short film has yet to be released as of 2022, and co-director Rob Gibbs has passed away since the announcement of the short, because of these reasons, the short has most likely been cancelled. Despite this, merchandise (including die-cast models and books) relating to the short have been released and are on store shelves.

Sheriff takes a mandatory vacation from his duties in Radiator Springs, meaning that two deputy officers named Didi 05 and Mike 07 arrive to fill in for him while he is away. The two officers take their responsibilities too far, however, and soon turn Radiator Springs into a plethora of taped-off crime scenes.

The short was to be directed by Scott Morse, co-directed by Rob Gibbs and produced by Mary Alice Drumm and Nicole Paradis Grindle.[1] 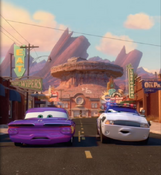 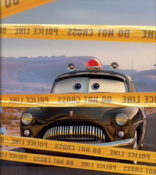 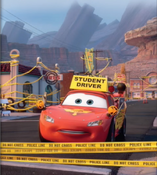 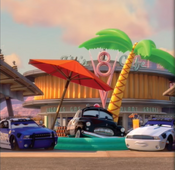