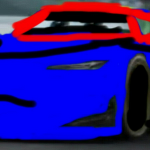 [[Michaels Fantastic Cars! Is a Next-Gen 2017 race-Car SB-2. He takes over the View Zeen sponsorship, Replacing thier previous Racer, Michael Rotor. He debuts at the Georgia Superspeedway, fishing in 14th place. During the Florida 500, He starts in 2nd. And finishes in 3rd.

. He is named after someone named Brayden Quackenbush. .On YouTube, he has Black rims. However, on his diecast, he has a trim.

Terry Kargas
Add a photo to this gallery
==Drawings== 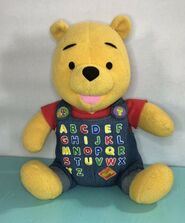 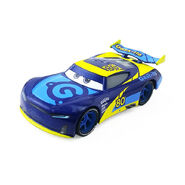 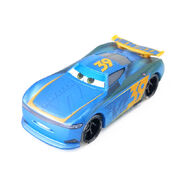 Since when did Jimmy Cables want to be a racer? Well, he always wanted to become a racer, Jimmy was born on September 22nd, 1987, at the age of 6, jimmy first watched "Racing Live", Jimmy started to like it. He then wanted to race, but his parents wouldn't let him intil he was 22, Jimmy started his career in 2009. After then he received his very first Piston Cup win in the 2011 Season, his parents where impressed. Then later he won more Piston Cups, until it was harder for him in 2016, The Next Generation of rookies started to receive attention as a better result on there capabilities, Teams stated to fire there stock cars with Next gen racers. Jimmy had his last race at the Data Shift 400. Then before the race at Gears and Glory race, he was fired, and replaced by a Next Gen rookie named Flip Dover. 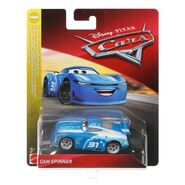 Harvey Rodcap Artwork
Add a photo to this gallery
Retrieved from "https://worldofcarsdrivein.fandom.com/wiki/User:Buckbearinglyfan?oldid=156740"
Community content is available under CC-BY-SA unless otherwise noted.