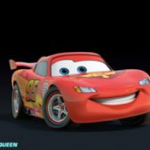 Hello, I'm Lightening McQueen. I'm a big fan of Cars, so I suppose I have great knowledge of Cars. I'm also one of the admins on this wiki, even though I don't edit so much now after RodRedlineM1 was no longer very active and other people have been editing pages regularly now, because I've been very busy away from and on my computer. Plus, I do get stress. However, I still try to remain active on the wiki, so to be sure the pages have accurate information, and I'm glad that RodRedlineM1 still edits occasionally, especially so to clean up the pages. I like Cars because I have an interest in anthropomorphic vehicles, have a bit of a like for racing, and enjoy having the characters with humans in Disney Infinity (even though I rarely play that game after it got discontinued). Even though I heard that not many people liked Cars 2, I still like it. It sure is a guilty pleasure for me, as I enjoyed it so much when it came out, that I saw it another three times in the cinema (though I only missed the beginning of it once). Also, I like the cameos of the real-life celebrities, which Lewis Hamilton is one of my favourite celebrities (seeing a couple of 2011 Formula One Grands Prix in the second half of the season where Hamilton was competing in was also how I became a fan of Formula One and Hamilton, who is my favourite F1 driver). Priyanka Chopra is another one of my favourites, as I believe she was perfect for voicing Ishani, and I love India (and it's thanks to the movie Planes).

Aside from Cars, I also like Frozen (loved Frozen 2 by the way!), Rio, My Little Pony: Friendship is Magic (which I like how one of the voice actors from the show, Tara Strong, did a voice role in Cars: Race-O-Rama, but I'll also miss it now that it's ended), Thomas & Friends (RIP, Michael Angelis, my favourite Thomas narrator of all time), The Powerpuff Girls (original), and many other kid-friendly films and TV shows, as well as Formula One.

I also edit on other wikis, though not much on a few, like Tron Wiki. Notable wikis that I have edited on include:

I had only first got the first Cars film on DVD in 2010. I then got interested in the series, and got the other films and most of the video games (I have lost my copy of Cars: Radiator Springs Adventures for PC), as well as several Mattel toys, received the Disney Annual 2013 for Christmas 2012, and got personalised My Adventures with Cars and Cars 2 books made by Identity Direct UK for my birthday in 2013.

Retrieved from "https://worldofcarsdrivein.fandom.com/wiki/User:Lightening_McQueen?oldid=163613"
Community content is available under CC-BY-SA unless otherwise noted.