World of Cars Wiki
Register
Don't have an account?
Sign In
Advertisement
in: Events, Organizations, Media,
and 2 more

Street circuits with a dirt section and technical turns.

The World Grand Prix (Japanese: ワールドグランプリ/ Italian: Mondiale Grand Prix) is an international racing competition which is at the center of Cars 2. The competition was created and organized by Sir Miles Axlerod as a promotion of his new "clean alternative fuel" Allinol. The competition consists of three races: The first one in Tokyo, Japan; the second one in Porto Corsa, Italy; and the last one in London, England.

A notable participant in the race is Lightning McQueen. The competition unites the 12 best racers of all race types to determine the world's fastest car (although there were only 11 competitors).

Globie is the official mascot of the World Grand Prix.

Race cars from all racing categories were invited to the event, but there was no winner, as the final race was interrupted by a series of anomalies that finally ended in Miles Axlerod's reformation. The World Grand Prix is the target of a plot to sabotage the race, directed by the evil weapons designer Professor Z. The British master spy Finn McMissile discovered the conspiracy and organized himself to stop it. At the end of the movie, it was discovered that the WGP was used by Axlerod to execute his evil plan of making alternative fuels look bad. It's unknown if the WGP continued after Cars 2.

The events were covered by RSN, and the races were commentated by the commentators Brent Mustangburger, Darrell Cartrip and David Hobbscap.

In the first WGP, the races were sabotaged. In the first race, Acer and Grem blew the engines of Miguel Camino, Rip Clutchgoneski and Max Schnell with a electromagnetic pulse emitter. After an error of Lightning McQueen, Francesco Bernoulli won the first race in Tokyo.

At the second race in Porto Corsa, three other engines were blasted, those being of Carla Veloso, Nigel Gearsley and Shu Todoroki. The explosion of Shu Todoroki's engine caused him to spin, and caused a multi-car pileup involving Miguel Camino, Max Schnell, Raoul ÇaRoule and Rip Clutchgoneski. Lightning McQueen won the race. At the last race in London, the race was suspended because Mater entered the track and brought Lightning McQueen with him off the course. After the surprise, Miles Axlerod was arrested due to the whole event being controlled by him in an attempt to twist people's opinion of alternative fuel.

The World Grand Prix has three Grand Prix races. They take place on three urban circuits around the world and have a similar layout. Indeed, each track consists of fast straightaways, technical turns and a dirt section. This fair layout allows all drivers to be on an equal footing. 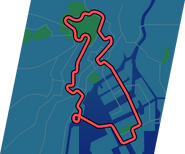 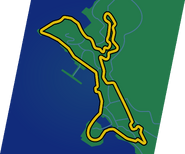 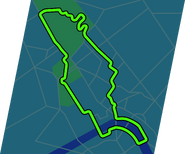 The first chicane around the fountain, in front of Buckingham Palace.

The racers at Willy's Butte. 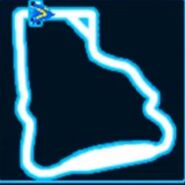 The Paris Grand Prix's map on the DS version of Cars 2: The Video Game. 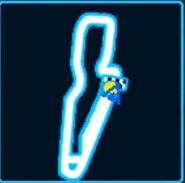 The Black Forest Grand Prix's map on the DS version of Cars 2: The Video Game.